We keep the dead close

Terranova, Nadia Terranova, Nadia Adiós fantasmas
1969: the height of counterculture and the year universities would seek to curb the unruly spectacle of student protest; the winter that Harvard University would begin the tumultuous process of merging with Radcliffe, its all-female sister school; and the year that Jane Britton, an ambitious 23-year-old graduate student in Harvard´s Anthropology Department and daughter of Radcliffe Vice President J. Boyd Britton, would be found bludgeoned to death in her Cambridge, Massachusetts apartment.
Forty years later, Becky Cooper, a curious undergrad, will hear the first whispers of the story. In the first telling the body was nameless. The story was this: a Harvard student had had an affair with her professor, and the professor had murdered her in the Peabody Museum of Archaeology and Ethnology because she´d threatened to talk about the affair. Though the rumour proves false, the story that unfolds, one that Cooper will follow for ten years, is even more complex: a tale of gender inequality in academia, a ´cowboy culture´ among empowered male elites, the silencing effect of institutions, and our compulsion to rewrite the stories of female victims. 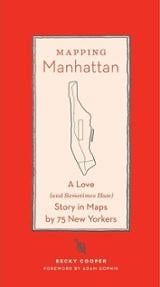 Cooper, Becky Mapping Manhattan: A Love (and Sometimes Hate) Story in Maps by 7 16,40 €

Pollock, Donald Ray The Devil all the Time

Carter, Angela The bloody chamber and other stories

Spanbauer, Tom I Loved You More

Evans, Danielle The Office of Historical Corrections: A Novella and Stories

Wojnarowicz, David Close to the Knives: A Memoir of Disintegration

Solnit, Rebecca The Faraway Nearby