Torn between a revival of aesthetics and the persistence of conceptualism, critical writing about contemporary art has once again come to focus on differing views of its aesthetic dimension. The context and character of these debates has, however, shifted markedly since the 1960s, with changes in art practices, institutions, political contexts, and theoretical paradigms—and in particular, with the global extension of the Western art world since 1989. This inter- and transdisciplinary collection of essays by philosophers, artists, critics, and art historians, reconsiders the place of the aesthetic in contemporary art, with reference to four main themes: aesthetics as “sensate thinking”; the dissolution of artistic limits; post-autonomous practices; and exhibition-values in a global artworld.

The essays originate in talks given on the occasion of an international conference on “Aesthetics and Contemporary Art” (2008), organized by the Centre for Research in Modern European Philosophy (CRMEP), Middlesex University, London, in cooperation with the Collaborative Research Centre “Aesthetic Experience and the Dissolution of Artistic Limits” (SfB 626), Free University Berlin. 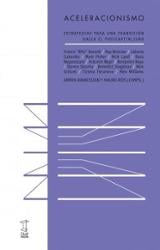