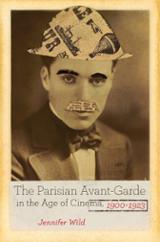 Terranova, Nadia Terranova, Nadia Adiós fantasmas
The first decades of the twentieth century were pivotal for the historical and formal relationships between early cinema and Cubism, mechanomorphism, abstraction, and Dada. To examine these relationships, Jennifer Wild’s interdisciplinary study grapples with the cinema’s expanded identity as a modernist form defined by the concept of horizontality. Found in early methods of projection, film exhibition, and in the film industry’s penetration into cultural life by way of film stardom, advertising, and distribution, cinematic horizontality provides a new axis of inquiry for studying early twentieth-century modernism. Shifting attention from the film to the horizon of possibility around, behind, and beyond the screen, Wild shows how canonical works of modern art may be understood as responding to the changing characteristics of daily life after the cinema. Drawing from a vast popular cultural, cinematic, and art-historical archive, Wild challenges how we have told the story of modern artists’ earliest encounter with cinema and urges us to reconsider how early projection, film stardom, and film distribution transformed their understanding of modern life, representation, and the act of beholding. By highlighting the cultural, ideological, and artistic forms of interpellation and resistance that shape the phenomenology of a wartime era, The Parisian Avant-Garde in the Age of Cinema, 1900–1923 provides an interdisciplinary history of radical form. This book also offers a new historiography that redefines how we understand early cinema and avant-garde art before artists turned to making films themselves.

AAVV How to Be a Wildflower: The Wildflower´s Workbook*